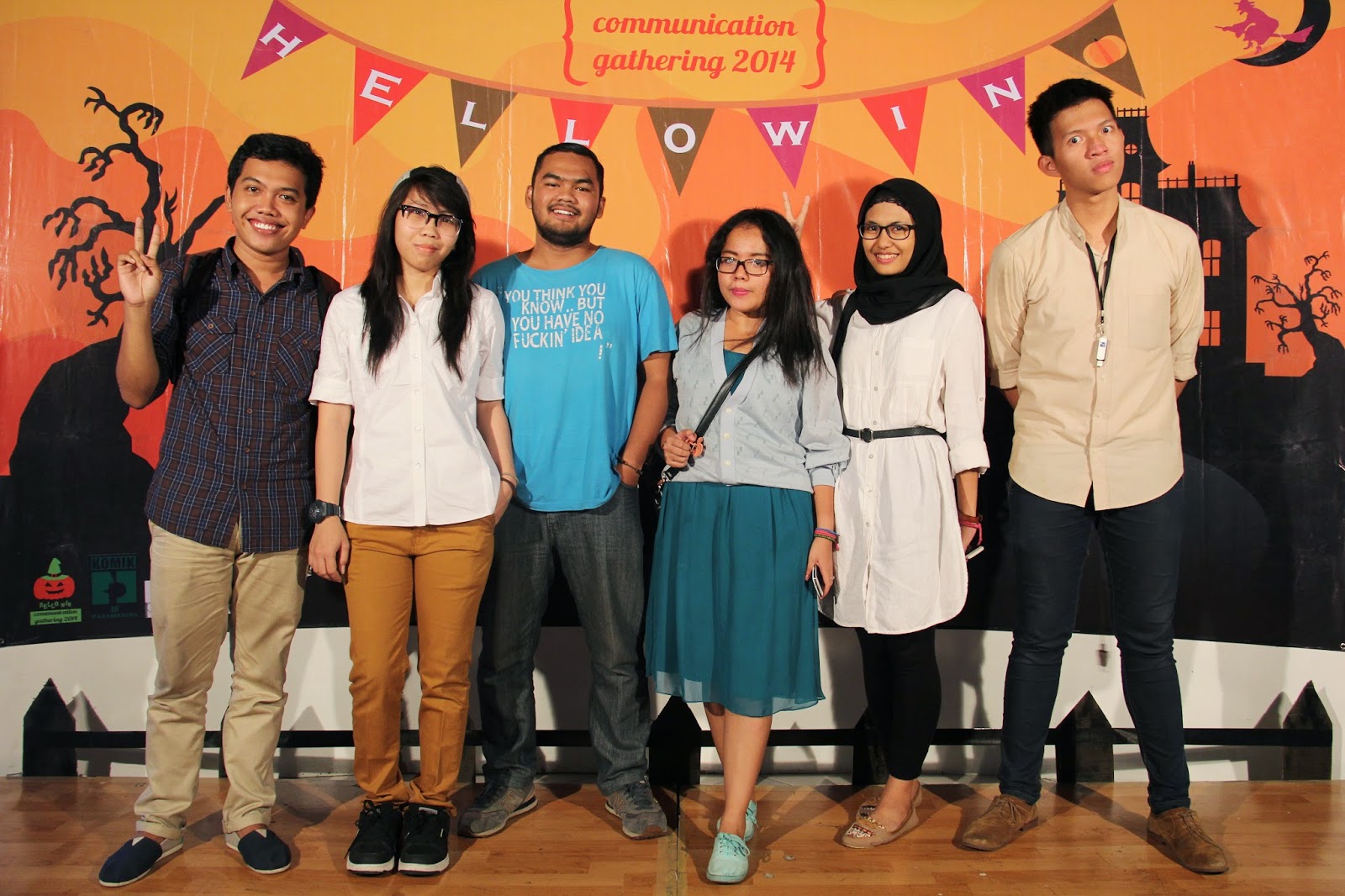 So yesterday, the 2014-ers treat us to celebrate their officially become one of communication studies in paramadina. They named the event "Hellowin" with all the spooky thingy, and bats, oh there's Jack O' Lantern too! it was all cute. Besides they put a good-looking not really creepy backdrop on the front door, here's the photos! The show start at seven but were late an hour. The host were the straw-jaw and beauty lady i forgot their name. They also invite the alumni Rendy herpy and Sahuri mulia, and they came up as the speaker of our sharing session. Well after that, begin the three-round sing a song from Park Project (tito,farisz,gama,and rahman) well played guys, well played. And the next performance came from Band Lantai Satu which they played two-round song from Oasis. Oh, by the way all the crew came up with a crazy stuff where they're all dancing with the singer hahahaha. Piñata time! the host randomly choose seven player they are ( Ikr
Posting Komentar
next » 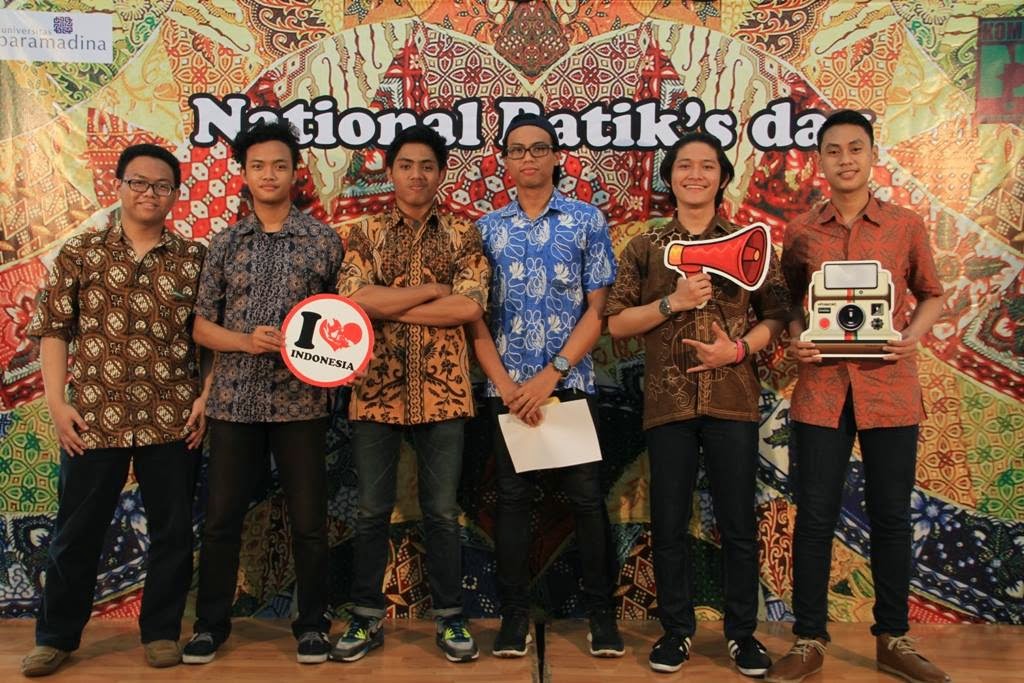 First of all i'm sorry for being so late to post this picture of everyone celebrating the National Batik's Day! well it was really really a wrapped! you can feel the happiness by looking this picture, seriously, i can guarantee that !! Happy Batik's Day!
Posting Komentar
next »
Postingan lainnya